Auricular Acupuncture: What it is and why is everyone talking about it? 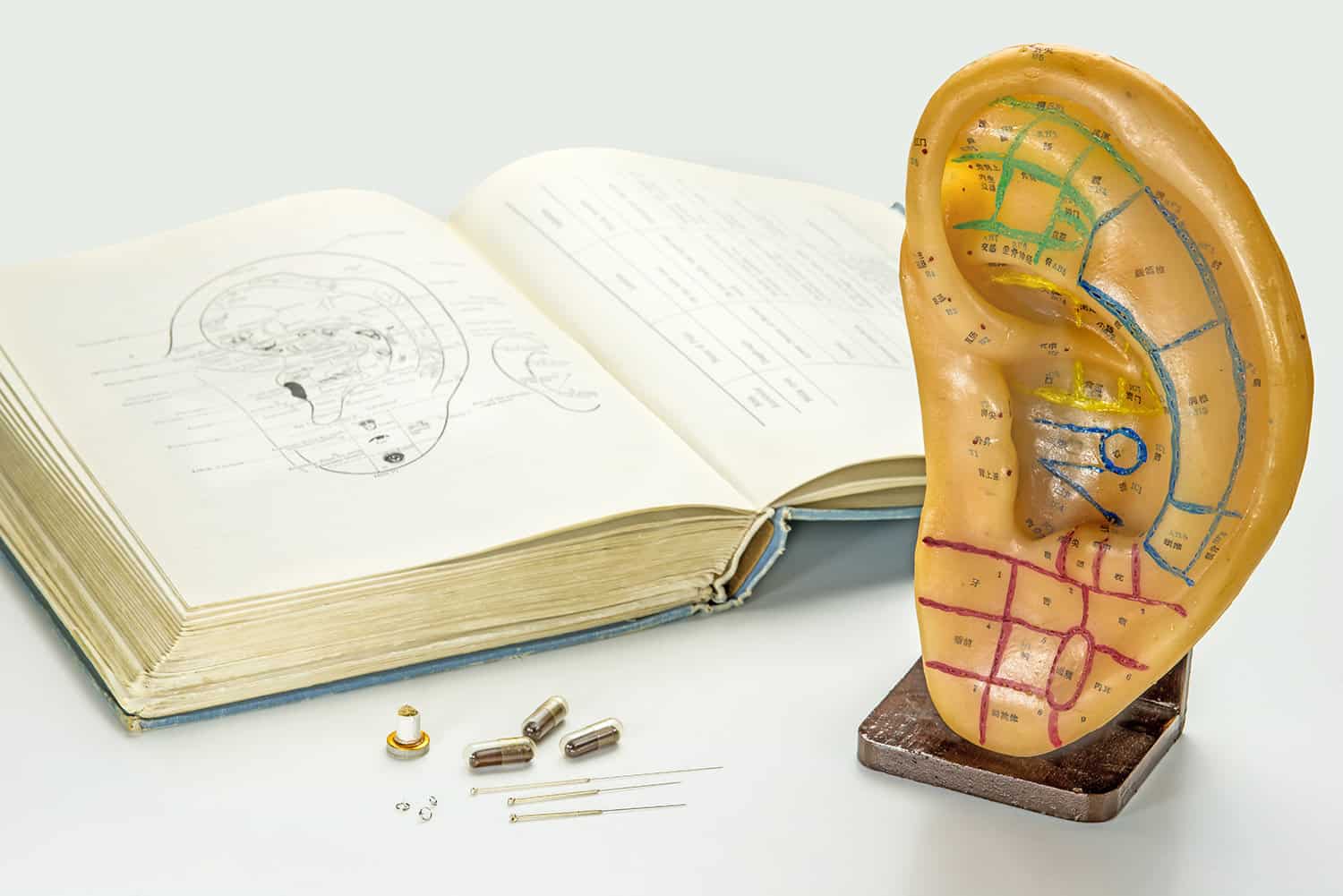 What is Auricular Acupuncture? Imagine the ear a keyboard to the body; auricular acupuncture is the stimulation of the acu-points on the external ear to create an effect on the body.  The acupuncture physician can stimulate the acu-points manually, with a laser light, with taped on ear seeds, with small acupuncture needles and with a specialized 3 pronged needle that can stay in the ear for hours or days.  The 3 pronged semi-permanent needle (SPN), can be stimulated with a small magnet frequently to strengthen the effect. The United States military utilizes the the 3 pronged semi-permanent needles in their Battlefield Acupuncture style.  Battlefield Acupuncture can be effective for immediate pain relief and also eases soldiers experiencing PTSD (post-traumatic stress disorder). Manually inspecting the ear can also be an effective diagnostic tool.  Auricular acupuncture can be a stand alone treatment and is often used along with whole body acupuncture points during an acupuncture treatment session. 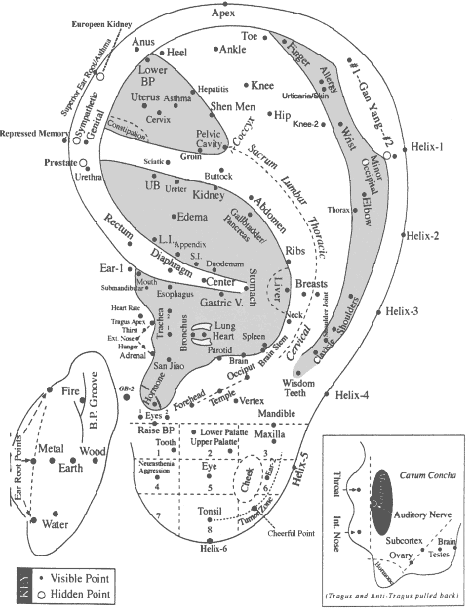 Auricular Acupuncture was first mentioned around 500 B.C. in the Yellow Emperor’s Classic of Internal Medicine, a historical classic text documenting Chinese medicine. French physician, Dr. Paul Nogier made significant discoveries in the 1950’s to form the modern auricular acupuncture understandings and methods. Dr. Nogier noticed that several of his patients had a scar on the upper ear. When inquiring about the scar, he discovered that a local practitioner was treating the village people for low back and hip pain by cauterizing this area on the external ear. Dr. Nogier conducted similar tests on other patients and found their low back pain was also relieved. He found that acupuncture needles and other forms of stimulation to be as effective as cauterization. Dr. Nogier theorized that if an area of the upper external ear is effective on treating low back pain, then perhaps other areas of the ear could treat other parts of the body. His hypothesis led to the model used today in Traditional Chinese Medicine schools and clinics.

For patients who are skittish about having acupuncture needles placed all over the body, auricular acupuncture is a great way alternative.  Ask your acupuncturist about Auricular Acupuncture to experience it for yourself.

Auricular Acupuncture: What it is and why is everyone talking about it? was last modified: October 2nd, 2019 by admin

This article was posted in . Bookmark the permalink. Follow comments with the RSS feed for this post. Both comments and trackbacks are closed.
(941) 926-7899 Directions Contact/Schedule